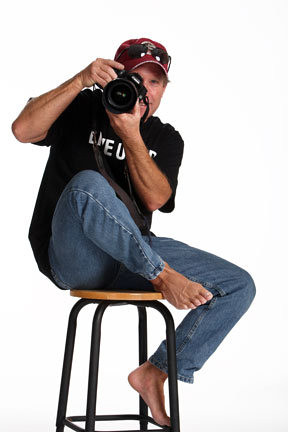 He has photographed U.S. Presidents, CEO's, professional athletes, major sporting events, medical operations, exotic locales, and even underwater hockey. He was chosen as one of six photographers worldwide to cover the 1992 America's Cup sailing races for the OFFICIAL RECORD BOOK and the STARS & STRIPES AMERICA'S CUP BOOK. He was photographer for the 2002 and 2006 NATIONAL CIVIL WAR REENACTMENT at Perryville, Kentucky, the GREAT AMERICAN BRASS BAND FESTIVAL at Danville, KY, a CHILDREN'S HOSPITAL CANCER RESEARCH book, a book on the San Diego Chargers Football Club, XFL Pro Football league staff photographer, and has been team photographer for the SAN DIEGO PADRES Baseball Club.

In July of 2017 he was chosen by Photoflex to be on their Light Leaders team.

Kirk has won awards from the California Exposition at Del Mar, First Interstate Bank, the San Diego Union-Tribune Newspaper, and Sea Magazine. In 2004, Schlea won Best of Show and First Place in the professional division of the International Equine Ideal Photography Contest for his photograph of a wild horse during a sunset rainstorm in Nevada. He also took Second Place in another pro division for a photograph of an exercise rider during a foggy sunrise at Pin Oak Farm in Kentucky. Hundreds of photos from eleven countries were entered.

Kirk recently won the 2019 Best of Danville Award for photography and won the Heart of Kentucky United Way "Heart & Soul" award for their 2008 campaign (several of his photos were up for inclusion in the national campaign for the United Way). He uses Canon digital equipment for stills and video and has a complete, portable studio for location work.

He is located less than an hour from Lexington, hour and a half from Louisville, and three hours easy drive to Indianapolis and Nashville, TN.

He can be reached at: